Mining accounts for over 70% of the country's exports. 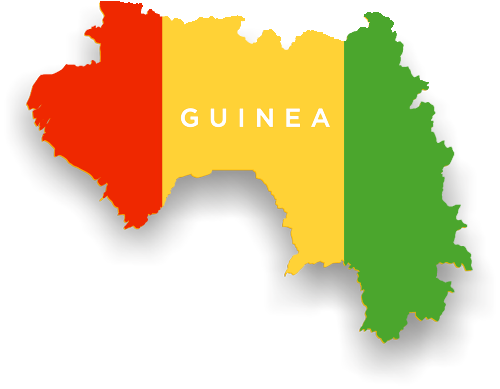 TRANSITIONING TO A STABLE DEMOCRACY

In September 2011, the national transactional council (CNT) adopted a new mining code which replaced 1995 mining code. In April 2013, the CNT and the government approved several amendments to the code.

This marks an important step in Guinea's ongoing mining reform agenda. Government right to 15% non-dilutable free-carried interest and to acquire up to a further 20% interest for cash. These are maximum levels of Government participation – final terms in every case to be negotiated individually in a Mining Agreement between the Government and the mining company and will include royalties, tax rate, tax holidays etc.