Bauxite is the primary mineral for alumina and thus ultimately aluminium production. It is named after the town of Les Baux in southern France, it was discoved in 1821 by Chemist Berthier.

Bauxite is widely distributed around the world, particularly in tropical areas. It is formed by weathering of aluminium rich rocks (clays, laterites, etc.) and the major deposits are therefore generally close to the surface. 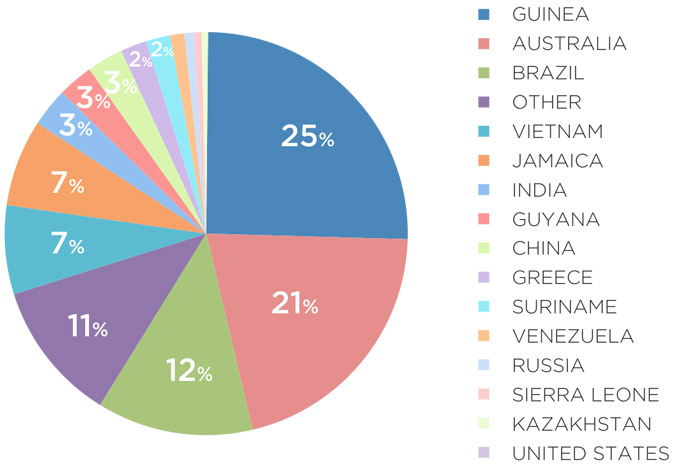 The past 20 years has seen China fundamentally change the structure of the aluminium industry. Prior to 1999, no alumina or aluminium was produced in China but by 2018 this had changed so that China was responsible for 55% of global alumina and 57% of global aluminium production.

China’s alumina industry has risen from being a small player to the largest in the global arena, with a capacity CAGR 2005-2017 of 20.4% and a production CAGR of 19.4%. In the same period, the Rest of the World (ROW) achieved a capacity CAGR of just 0.7% while production declined at a CAGR of 0.1%.

China imported an estimated 82Mt of bauxite in 2018, up from 69Mt in 2017. This is expected to rise significantly in the short to medium term as Chinese domestic reserves decline in quality and quantity and imported bauxite is required to maintain production. As inland refineries adjust to import bauxite, the demand for imported bauxite will be positively impacted. 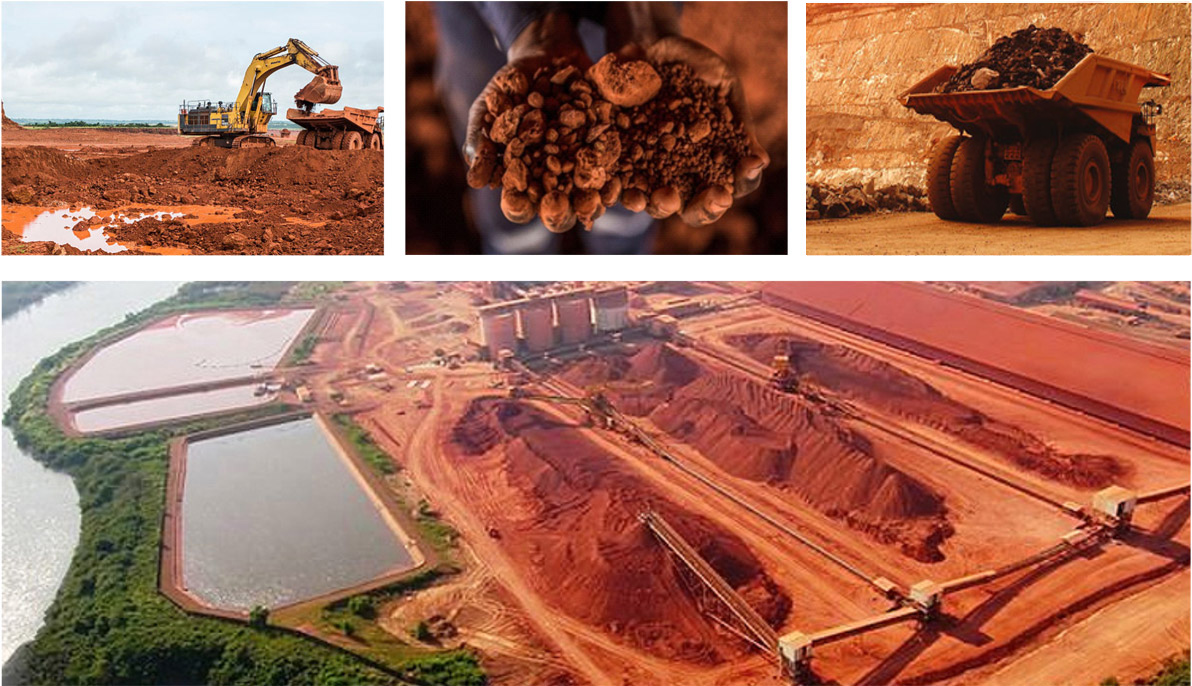